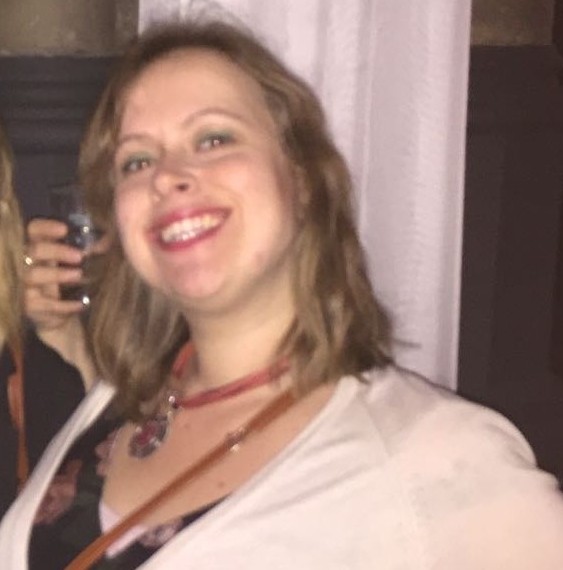 Thin does not mean healthy. Nor does fat automatically mean unhealthy. We love those dichotomies because it makes the messy shit that is life seem less complex. I am going to tell you about my mess. Because I need to, and hopefully it will help someone. First off: I am fat. I have a size 18 (46 in the Netherlands). My BMI, crappy as that instrument is, tells me I am obese. I have been going on and off obesity for years.

In high school, it was a steady 80 kilograms at a length of 1.65m. I was a super sweet but weird kid, I never quite got how I should behave to fit in and thus, was bullied. Because of my weight I was the easiest target. Called an elephant, stomping noises made when I passed through the hall.

Once in college, I gained another 5 kgs over the stress of failing to obtain my driver’s license. The moment I finally got the damned piece of paper, I started a diet and lost weight until I weighed 65. I was so proud, thought I was done and that I looked awesome. I kept it up for about a year and a half, maybe two. Then my mom (a petite woman) casually dropped a “I thought you would lose weight faster.” A good friend at the time, a guy, when pushed, admitted I was still not thin. Me, thinking I was done, was crushed. I did not have enough self esteem at the time to think: to hell with this. I do not need to be thin, I am perfect. Instead, I figured, if all my hard work still was not enough, why keep it up? That, plus a job that I hated, led to my gaining weight again, ending up at 83 kgs.

Then, I almost died. A cranial thrombosis led to blood heaping up in my brain, which could not go anywhere. Afterwards, trying to figure out what happened, the conclusion was that it was most likely a combination of bed rest because of a flu, and my taking the birth control pill. I was assured by multiple experts that my weight was not a factor. In the year leading up to the thrombosis, I actually went to my doctor, asking him if it was normal that I had increasingly debilitating headaches before my period. He sent me home with a pain killer that “the girls took at the high school he went to”.

I never quite made peace with this period in my life, but I lost weight again, without actually trying that hard. I was comforted by the support of my boyfriend, lived in a city I loved, and started school again, doing the studies I had always wanted to do, but never dared. I also finally got my nose pierced. For about 10 years, I weighed somewhere between 70-75 kgs. Thinking back on that period, I was fine. I looked fine. I ate reasonably healthy, I exercised. I should have been happy with my body, and no one should have told me otherwise.

‘They’ did, of course, albeit no longer by calling me an elephant. I learned that adults have far more subtle ways to point out that you are not thin enough. It is harder to deal with, because it takes a while to sink in. You are wondering if something was an insult or not, and before you know it, the moment is gone. The worst, and at the same time most common, strategy is the praise of thin people in my vicinity, acting as if I am not there. This happens regularly. Years ago, I was having a conversation in a restaurant with a friend about our weight. We were complaining, of course. A woman headed up to us, put an arm on my friend’s shoulder, looked her in the eye and and said: “You are not fat.” She then smiled at me and walked away. My grandma regularly praises my female cousins for remaining so thin, knowing full well I can hear it. Then there’s the colleague who tells another colleague that she should eat that piece of cake, because ‘”you can totally get away with it”. The personal shopper who tells me that there are “no wrong body types”, but then takes five minutes to cheer another woman’s slim body: ‘”You can wear ANYTHING!”. The last time I went home with that slightly-off feeling was after visiting a lingerie store. They had a sign outside saying “embrace your curves”. I needed a bathing suit. The clerk kept repeating they had next to nothing in my size, and that I should buy the one suit that looked kind-of-okay, because if that piece would sell, there would be nothing else for me.

Maybe you are thinking now: “Well, no one is actually attacking you for being fat, are they? They aren’t even talking to you directly in most of those situations! You are just taking it too personally.” Yes, I am taking it personally. Because it is personal. The problem is not that some person implies that I am fat. I am fat. The problem is that by praising thin people in my presence and purposefully ignoring me while doing it, that person implies that I’m not good enough. Not only is the praise not directed at me, I also am not allowed to partake in the praise. I am excluded, and hence, sent a message: you are lacking. People who praise the thin and ignore the fat woman make the fat woman feel like shit for no reason, and they do so in a way that they do not even get to complain about it.

The worst thing is that I hate myself for feeling like crap over this. It should not matter. My brain is fucking awesome. I am smart, witty and driven. The exact size of my body should not matter. Of any woman’s body for that matter. But we drink it in, accept the standards, uphold them, and make each other feel crappy. And do not believe the nonsense that it’s just women who do it to each other. We have internalized the standards guys have set. The guys at the bar who push me away to get to my slender friend; the friend who tells me that it’s just ‘evolution’ that makes him only want to date pretty, skinny women, even though he’s no Adonis himself (guess what, obese guys would not have run fast enough to catch that antilope, either); the guy who starts to date me, but breaks up with me when I want to go beyond kissing, and then expresses his regret when he sees me at my lowest weight, years later.

Due to personal issues that I do not want to share here, because they are not just about me, I have gained weight again. Today, the scale tells me I weigh 85 kgs. If I stopped overeating, I would be thinner. If I exercised more, I would be thinner. But I would never be thin. The hardest I’ve tried, I still did not comply with the standards of this society. It took up most of my energy, which could have been spent on something awesome. Imagine what us women could do, if we would be allowed to not care about our weight and direct our energies to something else instead? Like writing a book, helping other women who are less fortunate, teaching our kids, producing something useful. And now that I have taken the time to vent, let me stick to doing just those things. I am off to write my thesis / teach Dutch to non-native speakers / read my daughter a book / knit myself a beautiful sweater.

See all posts by Corina →

This site uses Akismet to reduce spam. Learn how your comment data is processed.